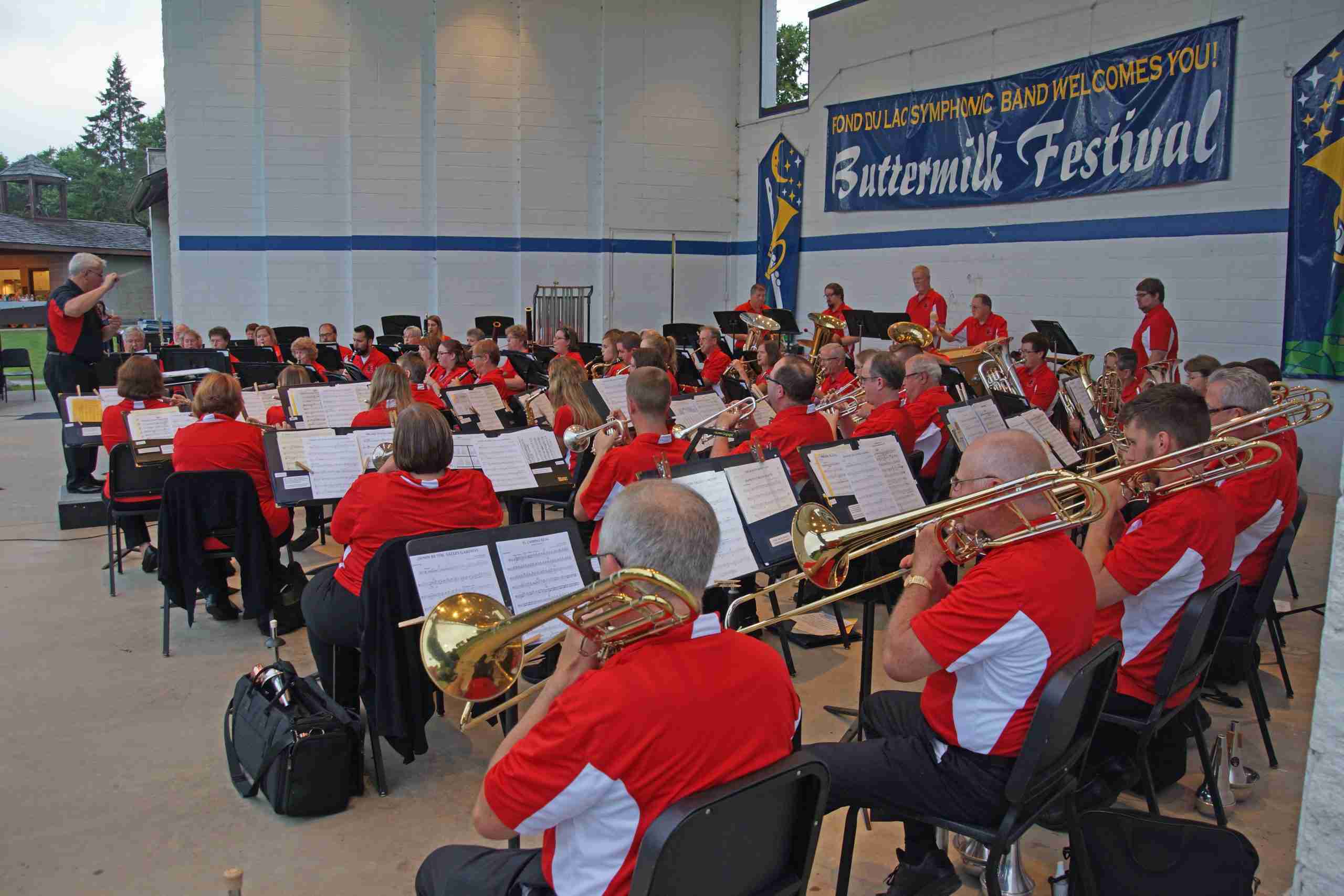 Directed by Dale Shipe and Jill Wagner, the concert will feature vocalist Eva Thelen Dunphy and oboe soloist Daniel Papenheim, along with a variety of American music, patriotic selections and marches including 76 Trombones, Die Wacht Am Rhein, Armed Forces Salute, and Stars and Stripes Forever.
You’re sure to enjoy a traditional summer band concert performed by excellent Fond du Lac and area musicians.

Organized in 1898, the former Fond du Lac Military Band has evolved from a summer park band into a multi- faceted organization. The FSB performs major concerts in April and November and hosts the Buttermilk Festival, a series of concerts at the Wifler Performance Center that includes five Symphonic Band concerts alternating with guest artists from June to late August. The Band also presents a July 4th concert at Lakeside Park, and this year will perform additional concerts in Waupun, Campbellsport, and Lomira.

While a majority of the Band’s musicians live in the Fond du Lac area, the Band’s reputation for musical and organizational excellence attracts many top-notch musicians from around east central Wisconsin. Experienced adult instrumentalists are welcomed into the band based on their playing ability and the band’s instrumentation needs.

Bring your lawn chair or blanket. Free will offering 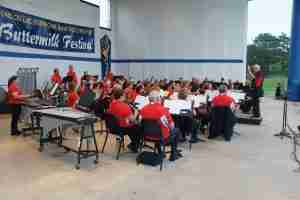 Sign up for the Waupun Fine Arts Mailing List to be the first to hear about upcoming news, events, and how you can help support our arts community!

Waupun Fine Arts was founded in 1998 by two individuals who were passionate about the arts and showcasing them in Waupun’s beautiful and historic City Hall Auditorium. Since then WFA has been Dedicated to promoting and supporting local arts and artists of yesterday, today, and tomorrow. Thank you to all who have helped us in our mission for the arts in Waupun!

Learn all of the ways you can be involved with Waupun Fine Arts!